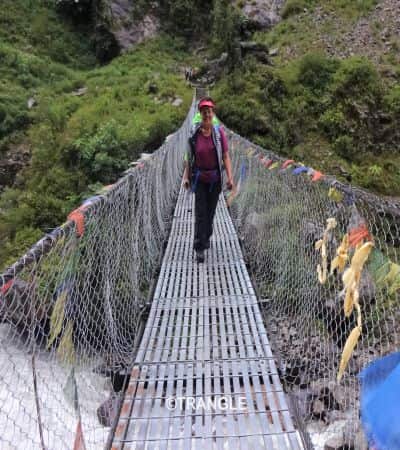 23 May 1984, a historic date for the world of mountaineering… a proud day for India… A dream come true moment for a strong spirited lady – Ms. Bachendri Pal.

Born with a curious mind, this village girl always wanted to wander in the mountains. At the age of 10, she used to walk alone in the mountains to explore hill slopes and difficult terrains. At such a young age, she was a great dreamer. Her love for outdoors, and desire for higher studies went hand in hand. Despite her family’s weak financial condition and hardships, her can-do-spirit made her climb the ladder of success, step by step. She became the first girl in her village to complete post-graduation. And then, she headed towards the journey to be the first lady Everester of India.

After fulfilling her dream of higher education, she didn’t think twice to get enrolled in the basic mountaineering course in NIM, Uttarkashi. There she was not only awarded as the best student of the course but also referred as an “Everest Material”.

She didn’t stop here and applied for an excellent prospect, where IMF was searching for women participants with talent & experience in mountaineering. As they truly say, hard works pay off, she got selected for a screening camp for Everest expedition, 1984. Ms Pal not only accepted this golden opportunity but also respected it by training hard. She completed Advance mountaineering course with highest grades, followed a tough daily routine of walking difficult terrains with heavy loads, climbed Mt. Gangotri (6,672m) and Rudugaira (5,819m), and gained confidence to touch the world’s highest peak.

It was a bright morning of October 1983. Her heart was beating fast, with high hopes in her eyes, she was hurriedly screening the newspaper to find her name in the selected team. And that was it, her never-say-die spirit helped her being selected in the 7 women & 11 men team, to be lead by Col. D.K Khullar. When her family, relatives and friends were happy on her feat, she was completely focused towards her goal. After going through a gruelling training program, she was all set to achieve her dream.

Traversing dangerous routes, icefalls, crevasses and extreme cold; her team was moving ahead day by day. The entire team was in high spirits till a dreadful night shook them up. It was during their overnight stay in camp III, when a massive avalanche hit their camp. Many of the team members and Sherpas were injured. Ms. Pal too had a hard hit on the back of her head and with no time, she was covered with a heavy mass of snow. Luckily, she was rescued quickly. The team was traumatized and injured but all of them were safe. Few of them had to go back due to injuries, though Ms. Pal continued her quest.

With positive attitude and strong determination, there she was…on the top of the world, filled with gratitude, touching her forehead on the crown of Sagarmatha. She descended safely and became the first Indian lady & fifth woman in the world to climb Mount Everest.

Though this was not the end… 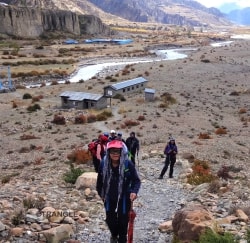 She started another journey with a new vision… “Let’s give back to the society”. Today, at the age of 64, she is still a great dreamer and leader. She aims high and has the ability & power to turn it into reality!

Today, we congratulate Ms. Bachendri Pal for creating history 34 years back and wish her the best of everything. Nothing seems impossible for you, as you believe in this saying which inspire us every day: